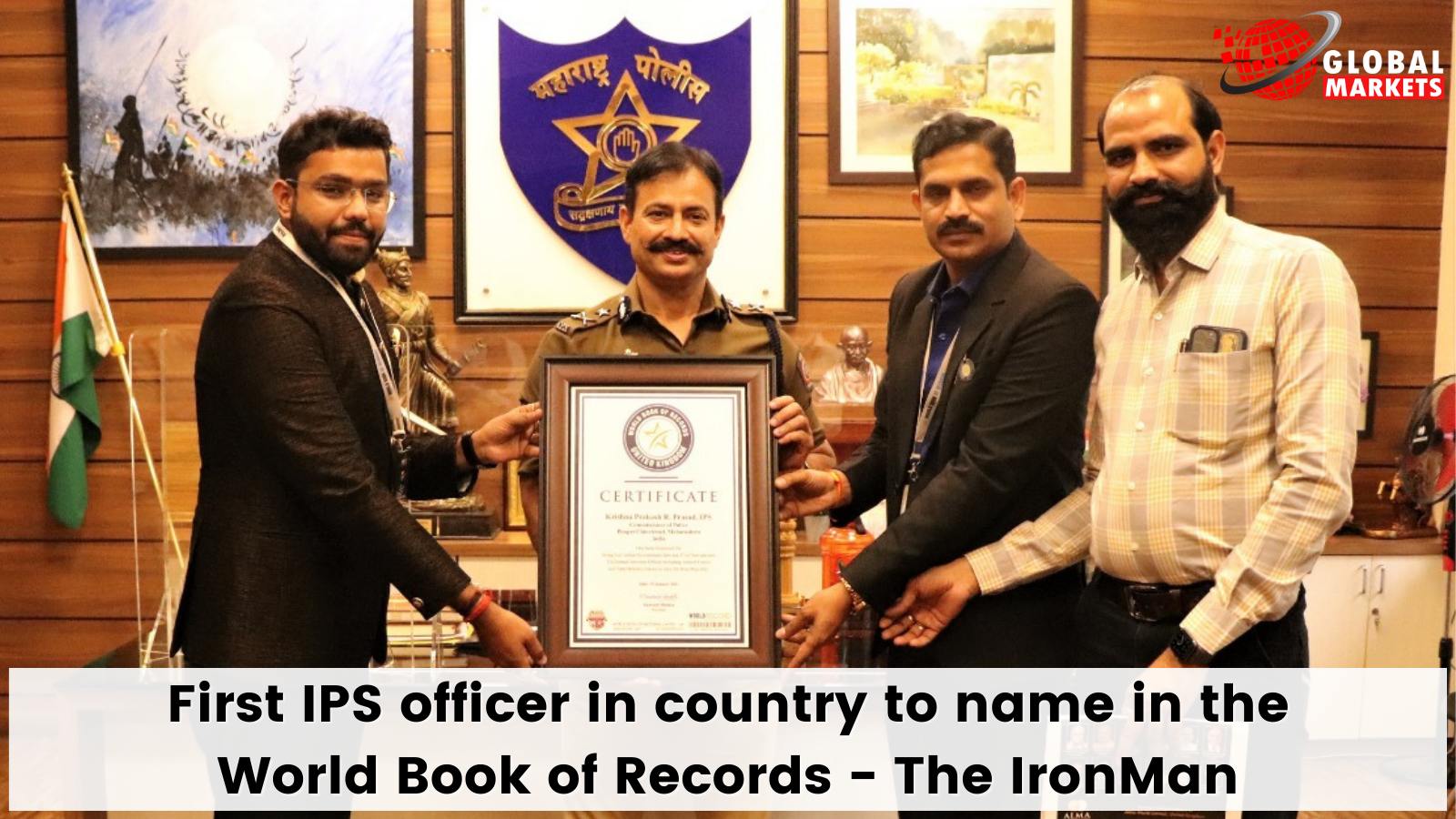 The country's 1998 batch IPS Officer Krishna Prakash has accomplished a significant accomplishment and has raised India's name to the world. He has become the first officer of the Indian Armed Forces to register as an 'Iron Man' in the World Book of Records, A feat that the whole country is proud of.

In 2017, IPS Krishna Prakash completed the IronMan Triathlon, one of the toughest one-day sports competitions in the world. The contestant has to complete the race in 16 to 17 hours. It is seen as the toughest competition in the world. Krishna Prakash is the first officer to be listed in the World Book of Records among government employees, armed forces, paramilitary forces, and chartered officers.

On January 20, 2021, Wednesday morning, Shri Krishna Prakash shared on his Twitter account, the information of obtaining this title in the World Book of Records with individuals. He is the Police Commissioner of Pimpri Chinchwad. He shared 3 photos on Twitter. In this, he is being given a testament to finishing the Ironman Triathlon as First Indian Government Servant, Civil Servant, and Uniformed Services Officer. He tweeted that it explains "Respected to turn into a part of 'World Book of Record Holders' for being the first among Indian Government Servant, Civil Servant and Uniformed Services Officers including Armed Forces and Para Military Forces to procure the Iron Man title!"

According to the website, the World Book of Records is one of the leading organizations in international certification. This lists and confirms world records from all over the world. Entertainer Milind Soman, IPS official Ravindrakumar Singhal and former Indian national champion Kaustubh Radhakar are likewise Indians who have finished an intense marathon.