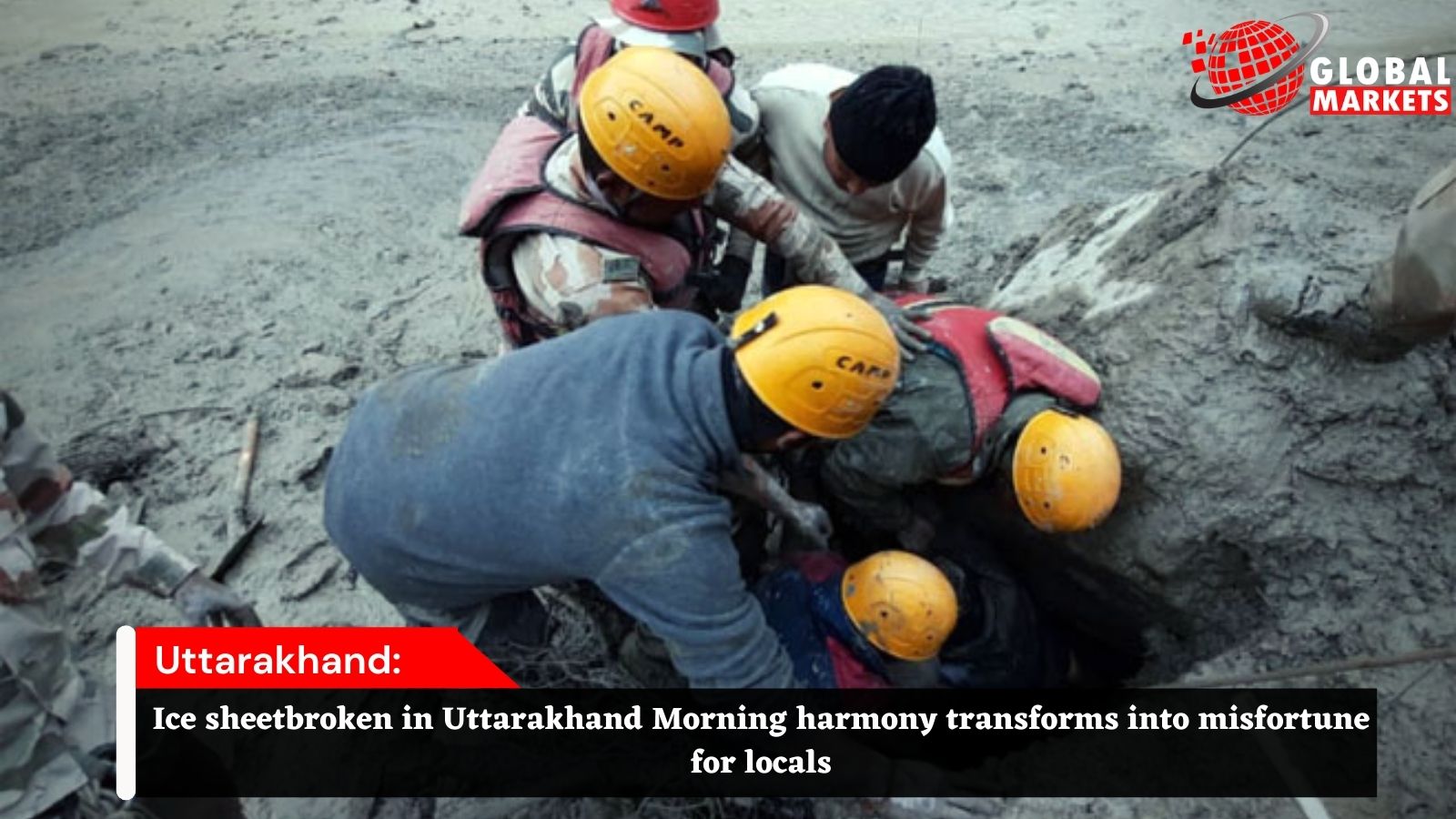 The scenes brought back to the people horrifying memories of the 2013 Kedarnath downpour that executed thousands. Many were dreaded cleared away in the abrupt floods on Sunday including the individuals who were working close to the waterway.

Three occupants of the town including a 75-year-elderly person distinguished as Amrita Devi who had gone out to work in her field near the scaffold on Rishi Ganga are absent since the torrential slide struck after the Nanda Devi icy mass burst.

A fifty-year-old resident named Dharam Singh said, "Before we could comprehend what was occurring, the slop water of the Rishiganga annihilated everything.

This view helped individuals to remember the terrible surge of Kedarnath in 2013, in which a large number of individuals lost their lives.

Numerous individuals are required to be cleared away in this immersion on Sunday. They likewise incorporate individuals working around the stream.

Three inhabitants of the town have been absent since the misfortune. Among them is 75-year-old Amrita Devi, who went to work in her field close to the extension over the sage Ganga.

The others are Yashpal of Valli Rani who went to crowd her steers and Ranjit Singh (25) who worked in the sage Ganga hydroelectric venture. The torrential slide happened after the Nanda Devi icy mass broke.

The torrential slide annihilated the task what began in 2020. A huge scaffold additionally streamed on the primary line course.

Pradeep Rana of Juva Gwan town told that Sanjay Singh of a similar town is additionally missing who had gone to take care of his goats. A few sanctuaries worked at a tallness of 20 meters from the conversion of sage Ganga and Dhauli Ganga have additionally washed away.

Toward the beginning of today, Uttarakhand's State Disaster Response Force (SDRF) eliminated the garbage and slush at the passage close to Tapovan dam in Chamoli region as a feature of the salvage endeavours. The SDRF individuals needed to hang tight for the level of a waterway to lower, to start salvage tasks for individuals who are abandoned in the passage.