Domestic airfares climbed up to 30%; limit covered at 80% till March-end 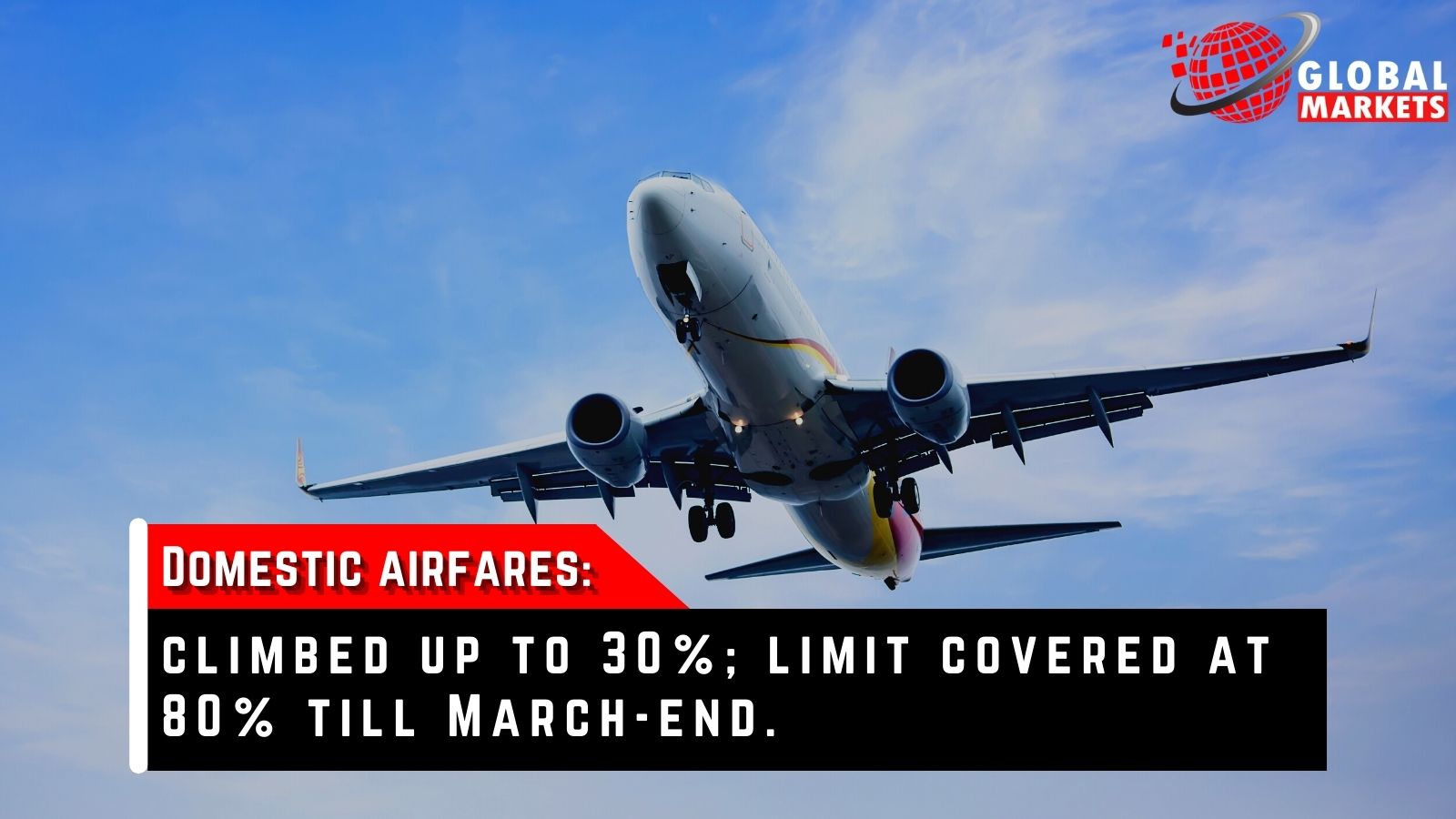 NEW DELHI: Flying inside the nation will cost up to 30% more from now. The public authority has expanded the base and greatest tolls set for various courses, while broadening its previous choice of permitting aircraft to convey up to 80% of their pre-Covid homegrown limit till March 31, 2021. While the least charge has been expanded by 10%, most extreme tolls are up by 30%.

The airfare range for flying between Delhi and Mumbai, for example, will presently be Rs 3,900-13,000, rather than Rs 3,500-10,000 prior. These are economy single direction passages that do exclude client improvement expense of air terminals, traveler security charges (Rs 150 for homegrown), and GST.

The flying service had last May ordered homegrown trips into seven classifications dependent on flying time — beginning at trips under 40 minutes and going up to those with the flying season of 3-3.5 hours — while permitting planned administrations to continue somewhat following a two-month suspension. Carriers are as of now needed to sell at any rate 20% seats at passages underneath the mid purpose of the base and greatest charges

The airfare band has been reexamined upwards now as the cost of stream fuel has risen altogether since last May when the tolls were set. The new charge groups, which the public authority has shown are probably going to stay in power till homegrown flights get back to pre-Covid level this late spring, are:

In the interim, aeronautics specialists had looked for proposals from carriers on stretching out the permitted ability to past 80% and it is discovered that IndiGo, Vistara, and Air India were the individuals who upheld doing as such while others like SpiceJet supported a more slow opening up.

Planned homegrown flights were suspended on March 25, 2020, and were permitted to continue at 33% of pre-Covid level from May 25. From that point forward the public authority has been stepping by step expanding an expanded ability to guarantee that carriers and air terminals can follow all Covid convention of social removing and upgraded cleanliness. On December 3, 2020, it had permitted carriers to work up to 80% of their pre-Covid homegrown flights, up from 70% around then.

Flying pastor H S Puri had said in Parliament Wednesday: "We are currently gone up against with a fascinating circumstance. From one perspective, some of the transporters need us to open full limit, 100%, though others might want to go sluggish." He had added that the choice to permit past 80% limit will rely upon the conduct of the infection and "our sense" of solace that all the necessary Covid convention is being followed.

Additionally, the homegrown airfare band, that fixes the base and most extreme passages that can be charged for various courses, are probably going to go when the late spring plan kicks in from April. Puri had said in Parliament Wednesday that covering airfares was an "uncommon measure" which might be discarded once homegrown flights each pre-Covid level.

"It isn't our goal… It additionally can't be in an open, liberated market circumstance to have charge groups (as) a lasting element. Thus, it is our assumption that when flights open up to pre-Covid levels in this late spring plan, we would not have the requirement at a cost band," he had said.