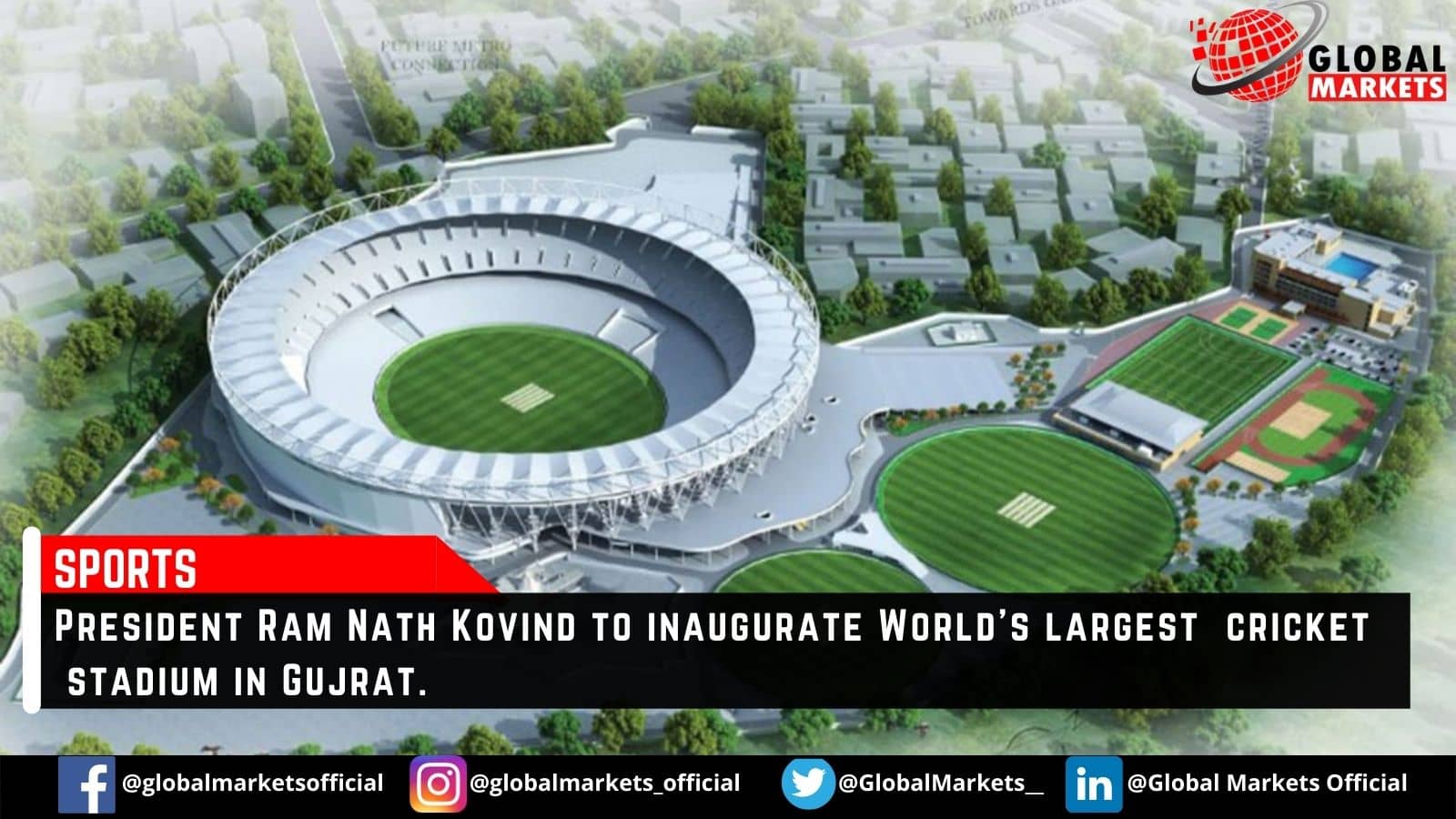 President Ram Nath Kovind will inaugurate the Sardar Vallabhbhai Patel Cricket Stadium in Motera, Gujarat on February 24, 2021. The new stadium of Gujarat will cross the Melbourne Cricket Ground to become the largest stadium in the world.

This world's largest cricket stadium will make history by hosting the second home pink ball test match between India and England on February 24, 2021. President Kovind is also planned to watch the match with Union Home Minister Amit Shah for some time after the inauguration ceremony.

The newly constructed stadium is equipped with all the modern facilities and techniques required for current cricket. It also has four dressing rooms which will be required to host back-to-back twenty-twenty matches.

Highlights of the stadium
This stadium is spread over more than  63 acres and has seating capacity of 1.10 lakh people to sit. Melbourne is currently the largest stadium as it can seat 90,000 people simultaneously.

• The stadium in Ahmedabad is built at an estimated cost of Rs. 800 crore has been created by Larsen & Toubro.

• The world's largest stadium has 76 corporate boxes with an seating capacity of 25 people, an indoor academy, an Olympic-level swimming pool, food courts, four dressing rooms for athletes, and a GCA clubhouse.

A total of 11 clay pitches of five black clay and six red clay have been prepared in the cricket stadium. It will also be one of its kind and the first stadium to use colored clay for practice and main pitches. In the rain, it can be dried in only 30 minutes.

• The state of the art LED floodlights in the stadium are future  ready. They will not heat up the atmosphere and will also provide comfort to cricketers and spectators.

• A 360-degree podium rotation at an altitude of 6 meters will not only give the audience movement but will provide them with a uniform view from any stand.

• The Autograph Gallery at the stadium houses an autographed bat collection of players from the World Cup and IPL matches. There is also a famous Hall of Fame, which houses photographs of famous cricketers.