Bharat Bandh on 26 February 2021: Commercial market to be shut 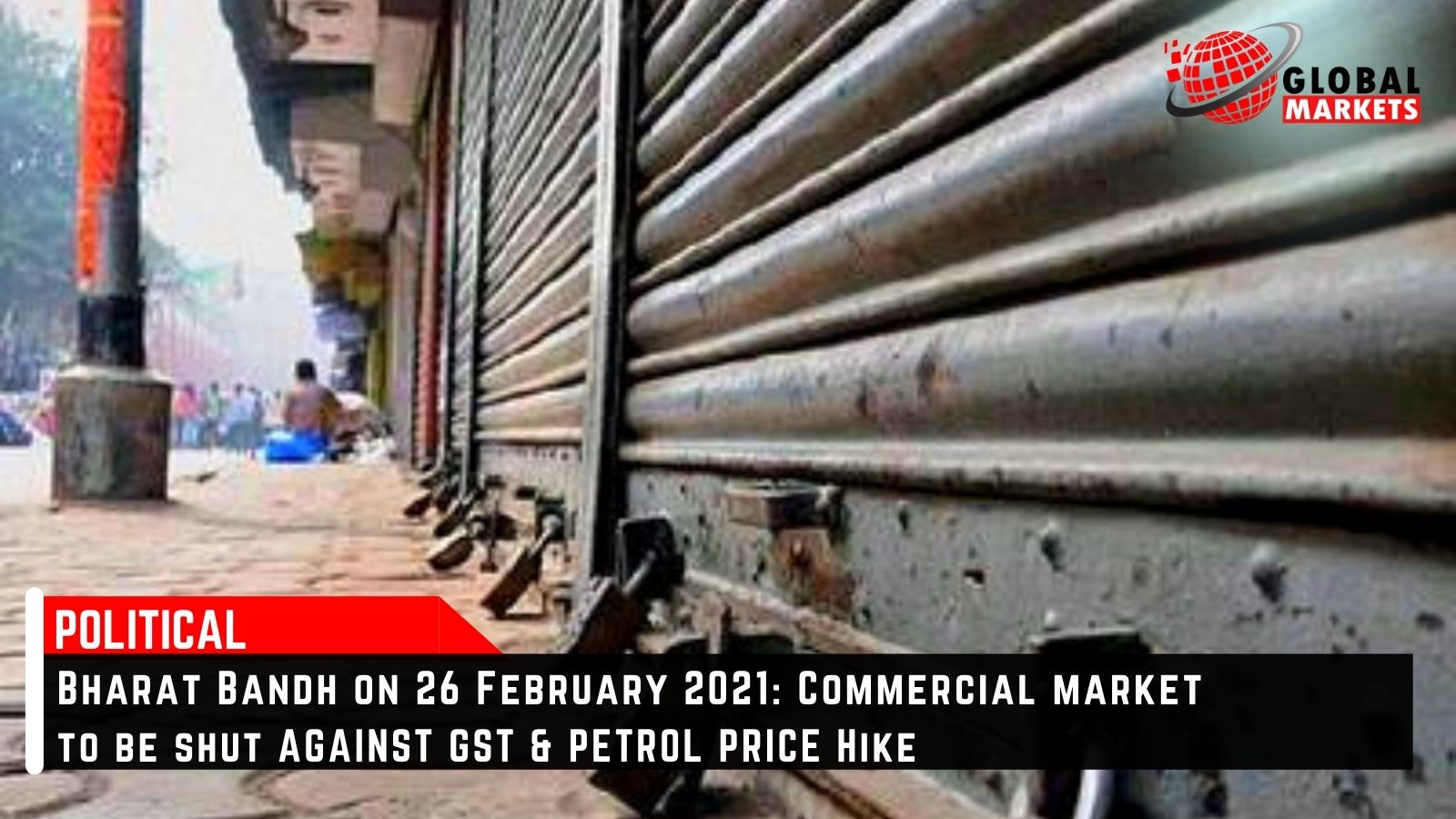 Nearly 40, 000 trade unions representing the country's eight crore traders have supported the Bharat Bandh by the Confederation of All India Traders (CAIT) on 26 February, demanding a review of the rule of Goods and Services Tax (GST) Has The All India Transporters Welfare Association (AITWA), which is an apex body of organized road transport companies, has also decided to support CAIT in Bharat Bandh seeking to abolish the new e-way bill or repeal some rules. Can be done. It asked the government to abolish the e-way bill and impose fines on transporters and for compliance targets for tracking and transporting vehicles using fast tag connectivity for e-challan and diesel prices across the country at any time Have also asked for a fine. . Also read- Congress will start in Madhya Pradesh from tomorrow.

On supporting the Bharat Bandh, AITWA national president Mahendra Arya said, "All state-level transport associations support AITWA in this one-day non-operation of transport in protest against rising fuel prices and new e-scapping. It has been confirmed by the way the bill has been introduced by the Government of India. Also Read - Ministry of Finance GST Revenue Collection for January at about Rs 1.20 lakh.

Arya said that AITWA seeks to abolish the e-way bill as newly introduced e-invoices are sufficient to prevent tax evasion. All the Vehicles can be tracked using fast tag connectivity in e-challans by the government. Government should not target transporters for any penalty  of transit at any time. Also read - GST officials trace tax evasion of more than 830 crores by Pan-Masala manufacturing unit in Delhi

CAIT also wrote a letter to the Prime Minister and called for the establishment of a "Special Task Force" at the central level, comprising senior officials, CAIT representatives and independent tax experts those who reviewed the GST structure and made recommendations to the government. It was also suggested that a "District GST Working Group" be formed in each district to oversee smooth GST implementation and expand the tax base and increase revenue.