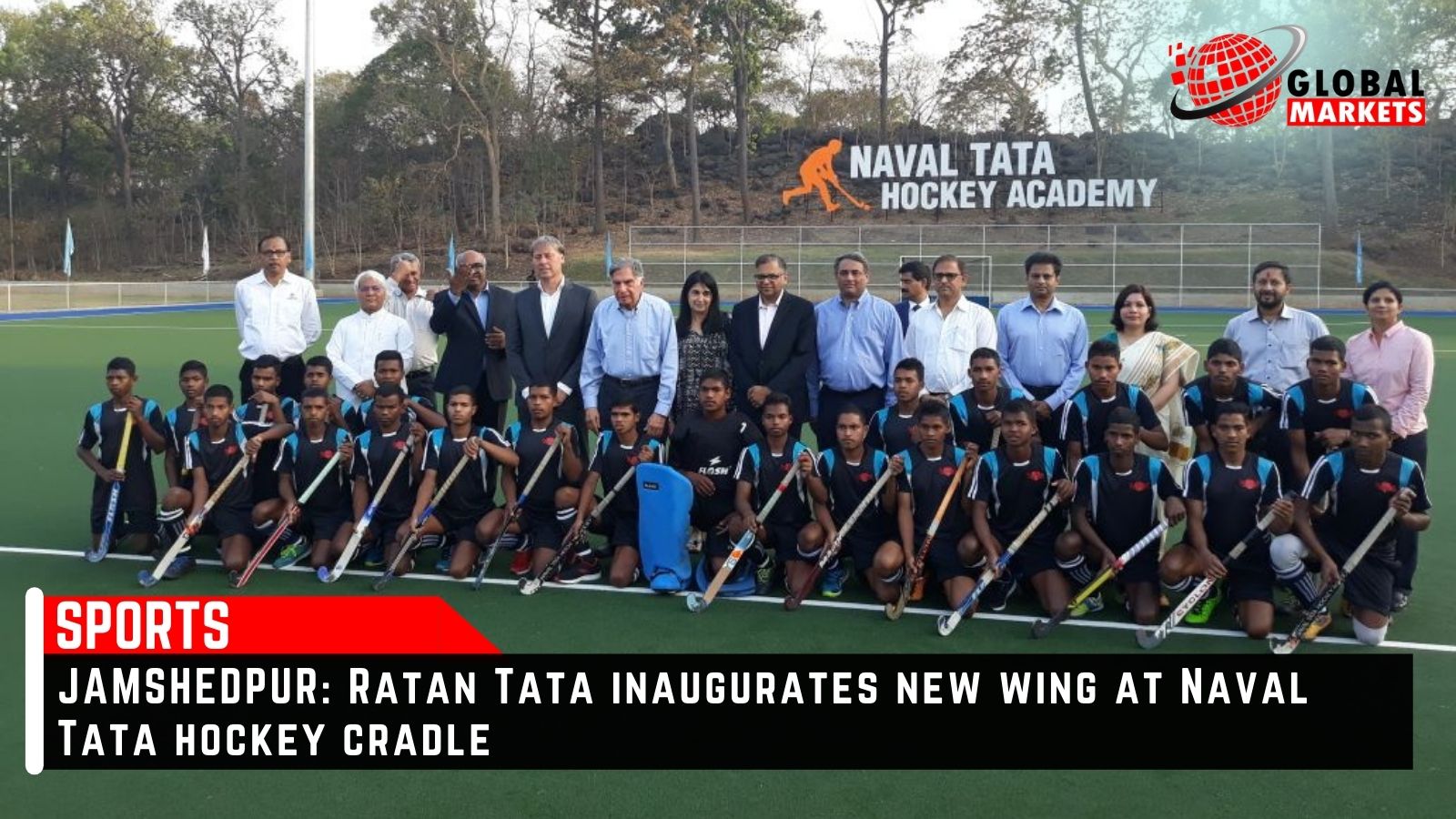 Briefing was done by senior Tata Steel officials to both Tata and Chandrasekaran about the operational aspects of the academy and the building.

The two-story building has a hostel for 52 cadets (boys), rooms for 9 coaches, gymnasium, teaching room, hall of fame, office, dining and kitchen, debility, massage room, turf and a board room with excellent view. . There is also a balcony for about 20 people.

The first two phases of the project have been completed and very soon housing for 52 female cadets and a practice area will be added as part of the third phase.

On 2 March 2018, the foundation stone of NTHA was laid by Ratan Tata, chairman of Tata Trusts,

Through a joint collaboration between Tata Steel, Tata Trusts and Indian Steel & Wire Products (ISWP), a subsidiary of Tata Steel, a special initiative to promote grassroots hockey in the talent-rich tribal belts of Jharkhand and Odisha Has been established through cooperation. .

Spread over 10 acres, the academy has world-class facilities, including a Federation Internationale de Hockey (FIH) to provide high-performance hockey training to floodlights, international coaches, nutritionists as well as mental and physical trainers.

The Netherlands-based Bovelander Hockey Academy, led by veteran drag-flicker Floris Jan Bovelander, former Olympian and assistant coach of the Dutch national team, is engaged to develop training courses to deliver high-performance coaching. After training in the District Level Regional Development Centers (RDCs), a three-tier structure has been introduced for the age group of 10 to 12 years and finally selected in the academy from 14 years to 17 years of age. Years.

The first batch of 28 boys were selected from villages in Simdega, Khunti and West Singhbhum districts. He has gone through a year-long program of rigorous training provided by Dutch coaches and Indian hockey legend Sandeep Singh. Currently, NTHA Jamshedpur has 32 boys cadets. Girl cadets will be inducted by the end of 2021.

In the last 3 years, NTHA has successfully achieved the result of 17 players representing their respective states in various national level tournaments. The academy aims to create a professional environment for hockey by enabling it to become a "center of excellence" that enables young players to achieve their full potential. Players who come out of the cradle are free to pursue the game at the highest level - playing for clubs around the country as well as around the world.