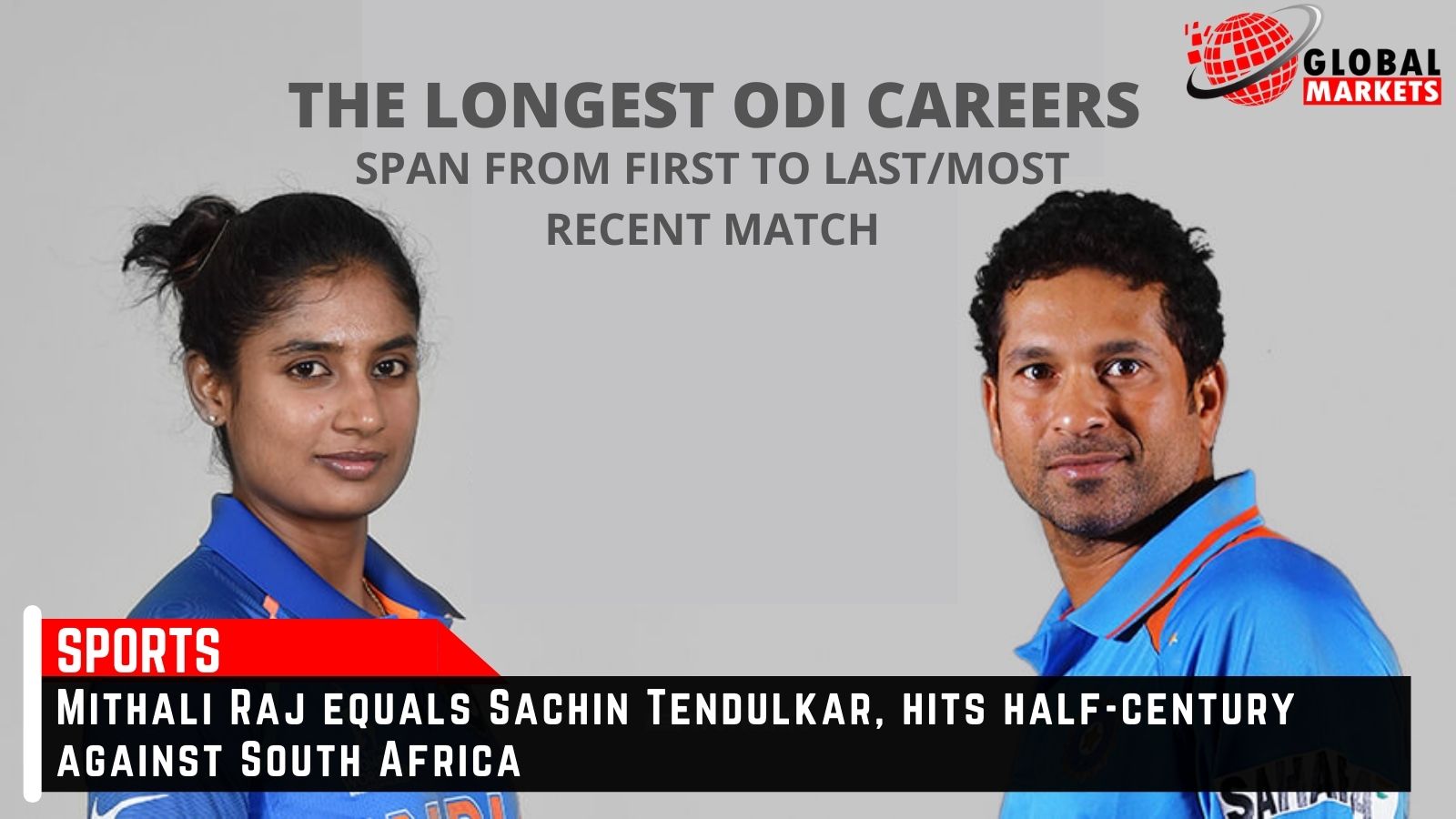 The Indian team is playing its first match in the last 12 months due to the Kovid-19 epidemic. In the first ODI released at the Atal Bihari Vajpayee Ekana International Stadium in Lucknow, South Africa have an easy challenge of 178 runs. Batting first after losing the toss, the Indian women were able to score only 177/9 runs in the stipulated 50 overs. India scored  154 for four at one time which was soon reduced to 160 for 8 wickets. Captain Mithali Kaur scored the most 50 runs for India.

During this, Mithali Raj equaled a big record of Sachin Tendulkar called 'Lord of Cricket'. Mithali is playing her fourth decade of international cricket today. Mithali, who started ODI cricket since 1999, has played cricket every decade. In this way, his career became 21 years and 254 days. He surpassed Sri Lankan veteran Sanath Jayasuriya in the case of the longest one-day career, although Sachin Tendulkar is still at the forefront. Whose career was 22 years and 91 days long.

India lost three wickets for 40 runs, including star opener Smriti Mandhana (14 runs off 20 balls), after which Mithali (50 off 85 balls) and Harmanpreet (40 off 41 balls) tried to shape the innings.  Harmanpreet  played good shots in her 100th ODI. Her innings, however, did not last long. She hit 6 fours before getting out.

Mithali took some time to set his feet at the crease but she held one end. He later shared a 52-run partnership for the fifth wicket with Deepti Sharma (26 off 46 balls). The Indian innings fell after Mithali was dismissed. Her innings included four fours and a six. Fast bowler of South Africa Shabnim Ismail took three wickets for 28 runs in 10 overs.  Nonakuleko Malaba, the spinner took two wickets for 41 runs.

Born into a Tamil family in Jodhpur, Raj grew up in Hyderabad, learning the basics with his brother, making the difficult choice to deliver his passion - dance. After being forced into the game by a strict disciplinary father, Raj's many sacrifices gained momentum when, at the age of 19, playing in his third Test, he surpassed Karen Rolton's 209 * with a 214 best individual score. Given. (Now the second largest) set a new record in the longest format. Her 18-year career (and counting) has been a roller coaster of a ride, but luckily, the run never dries up for her.