Pune 6 pm-6am curfew from tomorrow to a week; Home delivery only 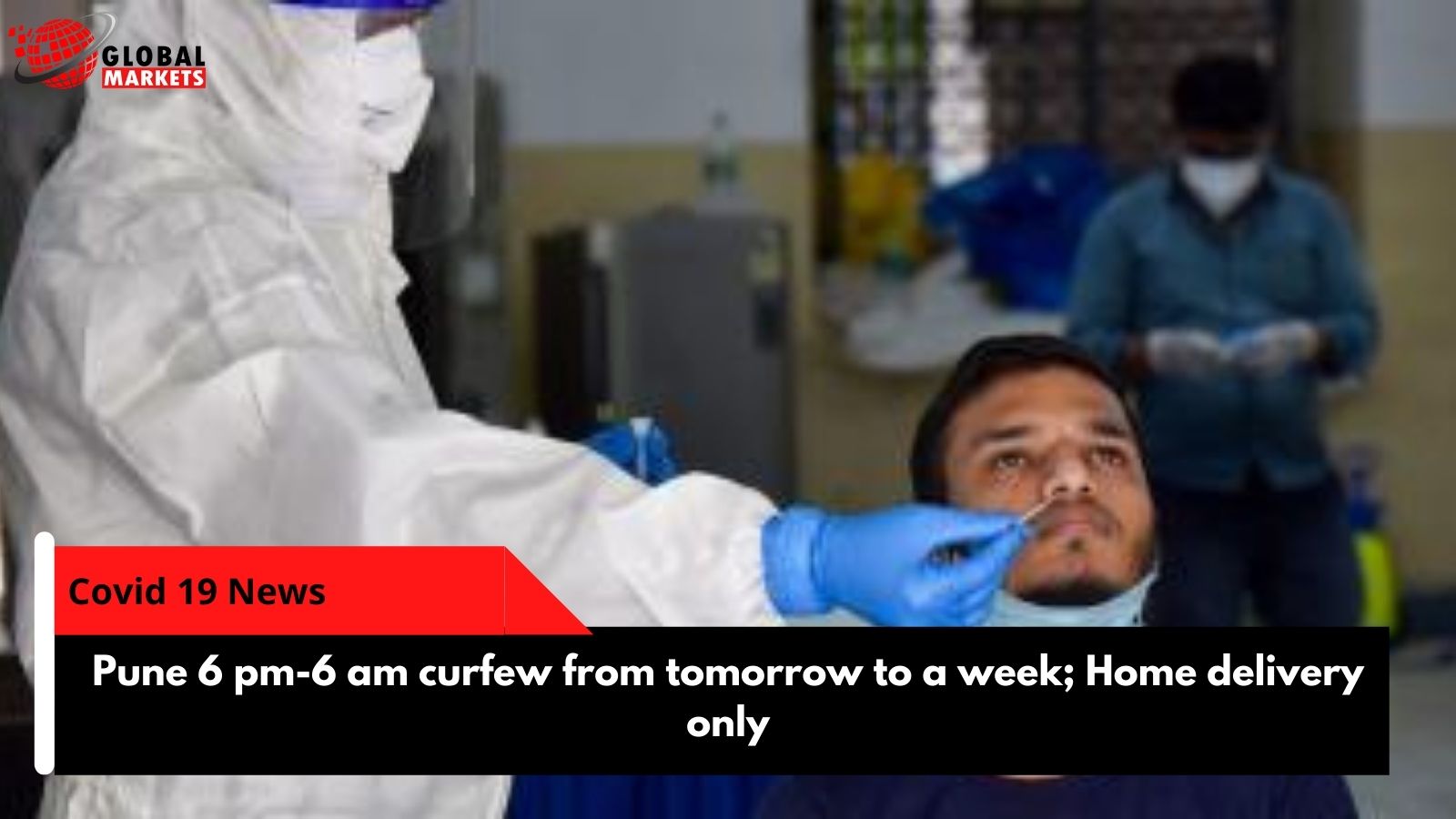 Late Thursday, Pune officials confirmed that 8,011 new coronovirus cases had been detected - for the second consecutive day with more than 8,000 new cases
Pune:
Faced with a dangerous spike in COVID cases, authorities in Pune, Maharashtra, ordered curfew to begin at 12 am tomorrow for a period of at least one week, with a review of the order and coronavirus status in the district scheduled for next Friday. Pune division commissioner Saurabh Rao said on Friday afternoon, religious places, hotels and bars, shopping malls, and movie theaters would all remain closed for the next seven days.

In this period only home delivery of food, medicines and other essential services will be allowed.
Pune is one of the most affected areas in India as a result of a new wave of infection. On Thursday, 8,011 new cases were reported. After 8,605, it was a continuous 24-hour period after the largest single-day spike in Pune was detected on Wednesday. As the cases of Pune Mayor Muralidhar Mohol increased, he directed private hospitals to make 80 percent of beds available for COVID-19 patients. However, Mr Mohol spoke of a lockdown to slow the spread of the virus, stating that "there is currently no serious need".

"Instead testing, tracing and vaccination drives should be increased, warning of strict measures if the spike cannot be controlled quickly in cases," he told the news agency ANI.
Apart from Pune, the state capital Mumbai has also seen a worrisome spike in Kovid's affairs. On Thursday, 8,646 new cases were reported in Mumbai - the highest in a 24-hour period.
Mumbai authorities have taken steps to control the spread of the virus, including conducting randomized Kovid tests on people in public places such as malls and bus stations, where they say many people do not wear face masks or maintain social distance.
And, as in Pune, the city lacks hospital beds and equipment.

"Cases are increasing daily in Mumbai ... It is a matter of concern. Due to the boom, there is also a shortage of beds and ventilators. We have been appealing to people since last March but they are showing negligence," Mumbai Mayor Kishori Pednekar said.

"Nobody wants a lockdown ... but keeping in mind the way cases are escalating and putting pressure on the health structure ... some strict steps will have to be taken," he said.

Spike in Kovid cases is a problem all over Maharashtra; This morning's data showed that more than 43,000 were reported in the last 24 hours. Several measures are now being taken to prevent the virus, including limiting movie theaters, halls and offices to 50 percent. Chief Minister Uddhav Thackeray has to address the state at 8.30 am