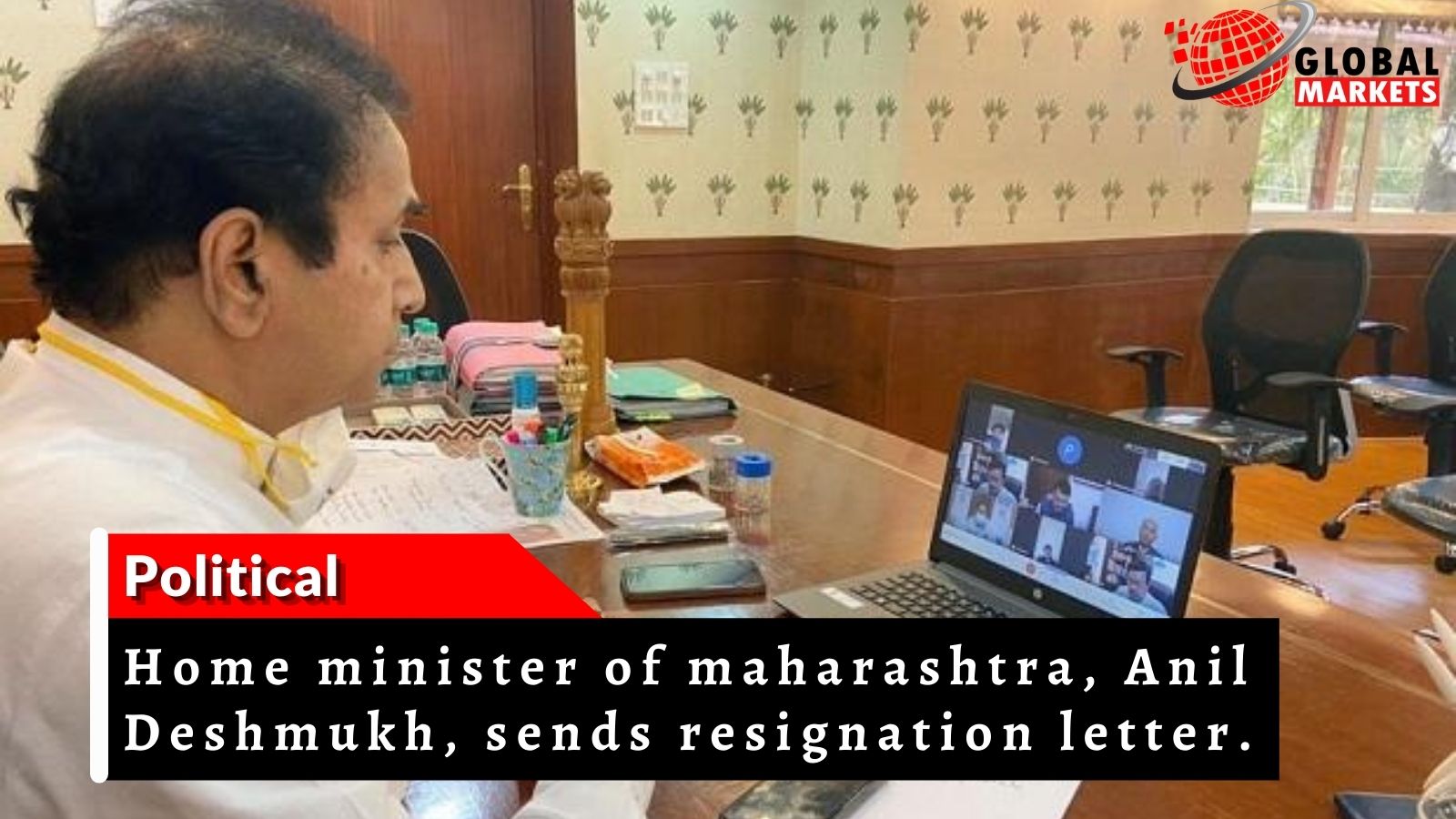 Maharashtra Home Minister and Nationalist Congress Party (NCP) leader Anil Deshmukh, who is facing corruption charges, on Monday sent his resignation letter to Chief Minister Uddhav Thackeray. This also comes when an important meeting of the NCP takes place at the residence of party president Sharad Pawar in Mumbai to discuss the issue and decide the future course of action. Thackeray is yet to accept his resignation.

Param Bir Singh alleged that Anil Deshmukh asked suspended police officer Sachin Vej, who was arrested by the NIA in the Mukesh Ambani bomb blast case, to collect Rs 100 crore every month, including Rs 40-50 crore in bars and restaurants, which were previously included in mumbai.

Mr deshmukh's resignation letter, which is from Sharad Pawar's National Congress Party (NCP), said, "I do not have the moral right to continue in the post after the court order. I have decided to step down. Please give me my Release from office. " , A member of the Shiv Sena-led coalition in Maharashtra. NCP leader and minister Nawab Malik said that after Pawar gave the green signal, he handed over the letter to Maharashtra Chief Minister Uddhav Thackeray.

Deshmukh, a member of the NCP in a three-party ruling alliance with the Shiv Sena and the Congress, resigned following a Bombay High Court order ordering the CBI to conduct a preliminary inquiry into the allegations against former Mumbai Police chief Param Bir Singh.

Singh had earlier alleged in his plea in the Supreme Court that Deshmukh was pressurizing the police, including the disgruntled Sanjay Veg, to collect Rs 100 crore monthly forcibly from bars and restaurants.

The opposition BJP has been continuously pressurizing the minister and the ruling coalition government for the former's resignation.

Fadnavis said, "The truth will come out in the preliminary inquiry. It is unfair for Deshmukh to continue as minister after the HC order. He should resign on moral grounds, face scrutiny and come back to the ministry if found innocent needed."