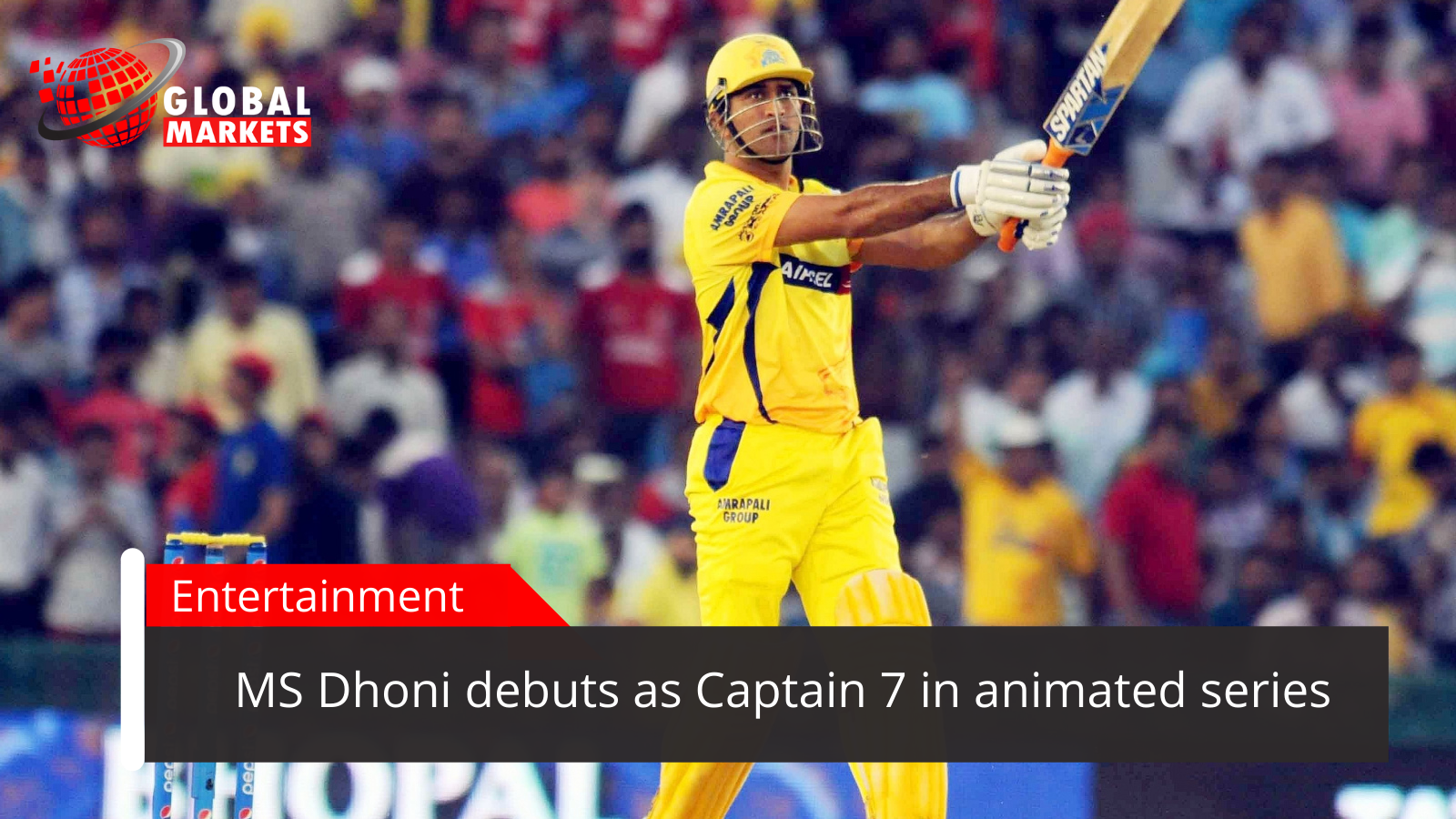 Former Indian captain MS Dhoni set to produce  India’s first animated spy universe series titled 'Captain 7' which will be based on his life journey. captain cool Dhoni in a statement said, “The concept and story are great.

The makers released a statement stating that the first season of the spy series is currently under construction and is based on the legendary cricketer they are watching releasing Captain 7 in 2022. MS Dhoni will be in a never-seen avatar in the animated fiction show. The '7' in the series title name refers to MS Dhoni's jersey number that he has got into all the teams that he has played for.

Dhoni’s wife Sakshi Singh, who is the managing director of Dhoni Entertainment, spoke about the collaboration between the cricketer's wife Sakshi Dhoni's production house Dhoni Entertainment Pvt Ltd and Black White Orange Brands Pvt Ltd. (BWO). she said, "When BWO came to us with the concept of an animation fiction show based on Mahi, we were on board. A lot of adventure awaits you with 'A Captain 7'." Sakshi shared the first logo of Captain 7 on social media with the caption, "'Captain 7' - the debut of India's first animated espionage universe based on the features of MS Dhoni, from Dhoni Entertainment and home of Black White Orange. Feel the action already! ”."

The founder and CEO of BWO, Bhavik Vora said that his team is happy to enter a new arena with 'Captain 7', which will carry forward the legacy of the former Indian captain. He said that the game is close to his heart and he is a big fan of Dhoni, adding that 'Captain 7' was the best formula to make.

The two-time World Cup-winning captain, who had announced his retirement from international cricket last year, moved into production with The Lion's Dar Series Roar in 2019.  MS Dhoni prepares to lead the CSK squad in the IPL 2021. According to the CSK IPL 2021 schedule, the CSK squad will face Delhi Capitals in their opening match of IPL 2021 on Saturday, April 10 in Mumbai. The CSK vs DC game will set going at 7:30 PM