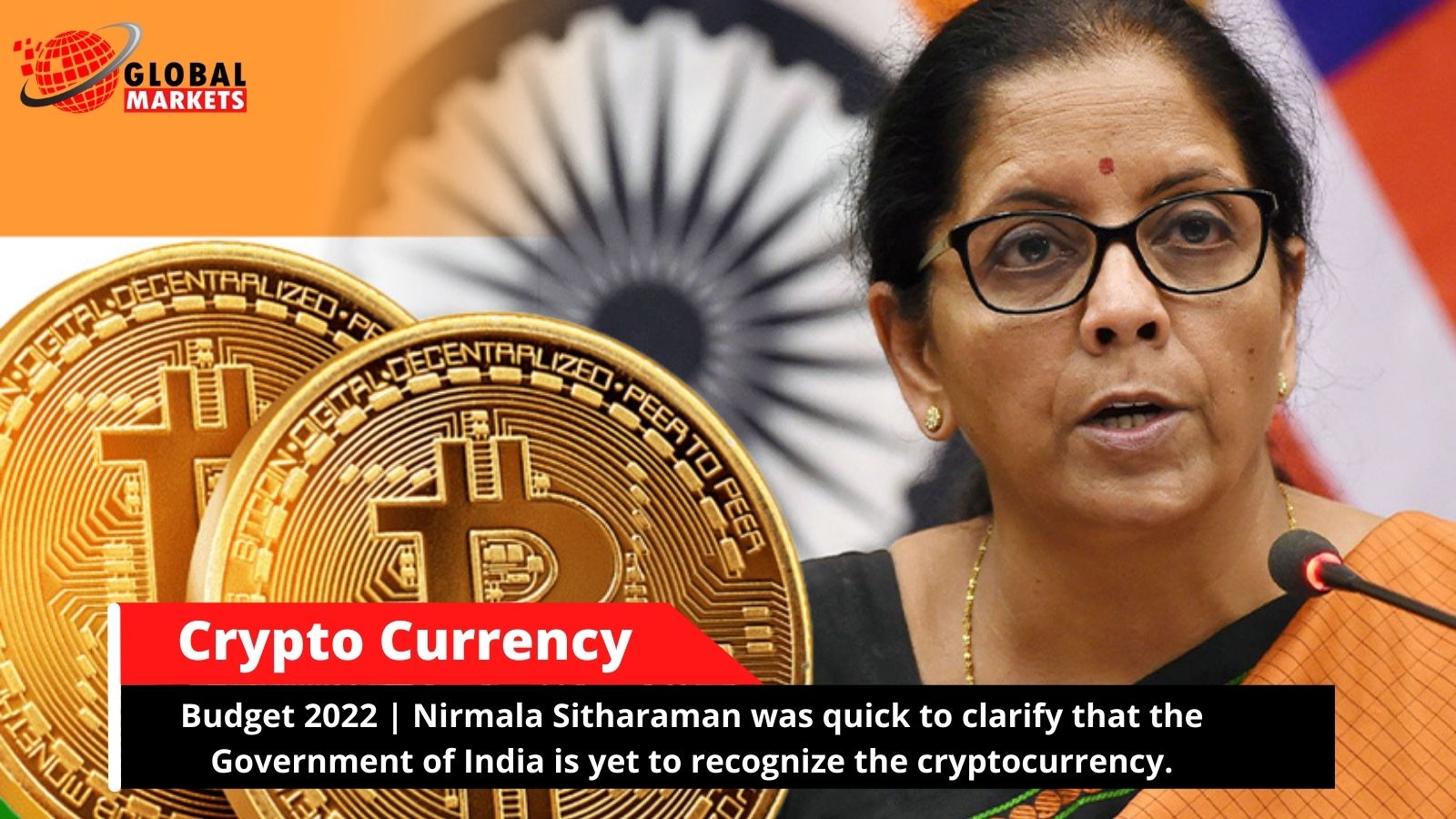 Finance Minister Nirmala Sitharaman, while presenting the Union Budget for 2022-23 on February 1, announced a 30 percent tax on income generated from the transfer of any digital asset.

However, he clarified that the Indian government has not yet recognized cryptocurrencies. “We are only taxing these assets on gains because there are a large number of crypto assets being bought and sold; now we are taxing crypto, so we know who is buying them and the money is on its way.” " Keep an eye out,” the finance minister explained.

Finance minister Nirmala Sitharaman  said: "Crypto will come out with rules and regulations only after the consultation process is complete; cannot give a timeline for completion of consultations on cryptos."

Refusing to discuss what crypto and crypto assets are, the FM said in a press release after the budget presentation that "consultations with stakeholders are underway. Details of digital assets will come after consultation", adding that there is no clarity yet on how the Indian government will regulate crypto.

Meanwhile, reacting to the crypto-related announcements made by Sitharaman today, Congress leader and former Finance Minister of India P Chidambaram said: "Instead of RBI, the FM has virtually announced that cryptocurrencies are now legal."

As the Government of India announced the Union Budget for 2022-23 earlier today, Finance Minister Nirmala Sitharaman brought much-needed clarity to millions of crypto investors in India. The government has implemented a fixed tax rate of 30% on all income generated through crypto trading with an aim to introduce the digital rupee in 2022-23.

After years of faltering on its stance, India is one step closer to cryptocurrency adoption, as the country looks to keep up with the global move towards digital assets. acquired bitcoin.

Finance Minister Nirmala Sitharaman in her budget speech on Tuesday said that the Reserve Bank of India will launch its own digital currency from April 1. The country is also planning to impose a 30% tax on income from transfers of virtual assets, he said, effectively removing uncertainty about the legal status of such transactions.

Cash-dependent India joined China is moving ahead with digital versions of its currencies as they seek to use new technologies to make transactions more efficient. At the same time, a higher tax rate on crypto could deter trades that are rising in India despite warnings by the central bank about the risks of money laundering, terrorist financing and price volatility.

"There has been an extraordinary expansion in exchanges in virtual advanced resources," Sitharaman said. "The size and recurrence of these exchanges have made it basic to accommodate a particular assessment system.

The Finance Minister said that the send-off of Digital Rupee would introduce less expensive, more effective money the executives. The Reserve Bank of India is dealing with a staged execution procedure to diminish the country's inordinate reliance on cash.

China has effectively begun testing its national bank advanced cash in a few urban communities and is additionally expected to carry out its computerized yuan for use by competitors and observers at the Beijing Winter Olympics beginning this week. plan is. The US Federal Reserve and the Bank of England are likewise investigating opportunities for their economies.