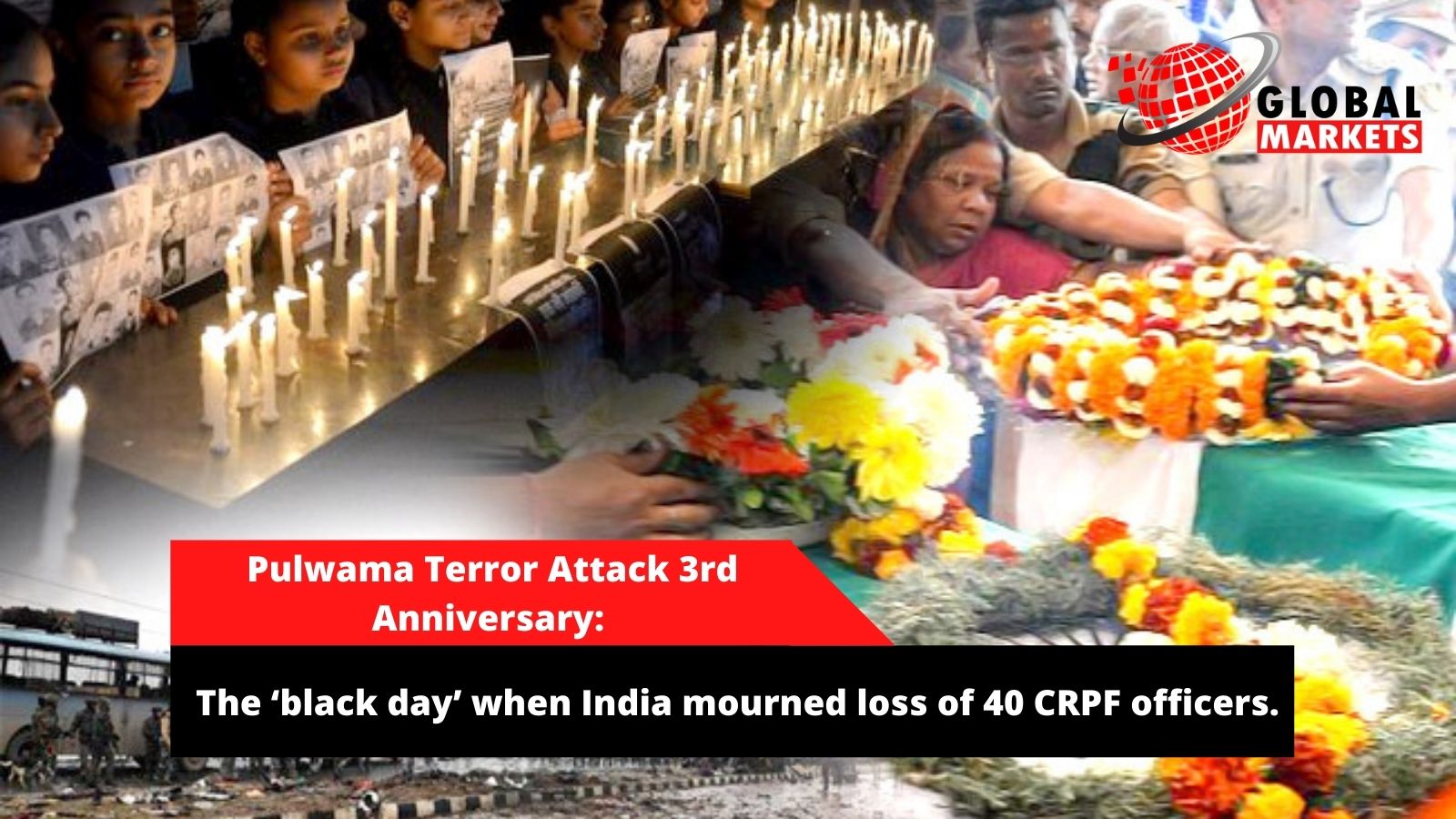 The Indian Army and other security forces paid tribute to the martyred soldiers of the Central Reserve Police Force (CRPF) on the third anniversary of the Pulwama terror attack. On February 14, 2019, 40 CRPF personnel were killed when a Jaish-e-Mohammed (JeM) terrorist rammed a bus carrying an explosives-laden vehicle.
Although the world celebrated Valentine's Day on February 14, the day is known as 'Black Day' for India due to the brutal Pulwama attacks, one of the deadliest attacks ever on Indian security forces, when 40 bravehearts of CRPF had lost their lives. ,

The Pulwama attack took place on February 14, 2019, making today the third anniversary of the terror attacks. On this day three years ago, as the news of the killing of 40 CRPF officers spread on our TV screens, there was silence in the country.

On the deadly 'Black Day', forty CRPF officers were martyred in a terrorist attack in Jammu and Kashmir's Pulwama town, which was carried out by Pakistan-based terror outfit Jaish-e-Mohammed.

The incident came to light when over 2,500 Central Reserve Police Force (CRPF) personnel were traveling from Jammu to Srinagar via National Highway 44 in a convoy of 78 vehicles, where the attack took place.

A car laden with explosives rammed into a vehicle carrying several CRPF agents at around 3:15 pm, triggering a fatal explosion. In this attack, 40 CRPF personnel died on the spot and many others were injured. Soon after the attack, Jaish-e-Mohammed claimed responsibility for the attack, posting a video of the attacker Adil Ahmed Dar, a 22-year-old man.
Just days after the deadly attack on India's security forces, an anti-terrorist airstrike was carried out by the country's defense forces. In the early hours of February 26, 2019, several Indian Air Force jets bombed Jaish terror camps in Balakot, killing a large number of terrorists, around 500.

After the Balakot airstrike, the Pakistan Air Force tried to retaliate by attacking Indian military installations in Jammu and Kashmir, which was thwarted by the Indian Air Force. During the conflict, India's Wing Commander Abhinandan Varthaman was shot and captured by the Pakistan Army.
Wing Commander Abhinandan was later released by Pakistan and awarded the Vir Chakra, the third highest wartime gallantry medal.Though the horrors of the Pulwama attack are now three years old, February 14 is still celebrated as a 'black day' for Indians, in memory of the CRPF jawans who died in the attack.

PM Modi pays tribute to the soldiers martyred in Pulwama attack, saying- their supreme sacrifice inspires every Indian
Prime Minister Narendra Modi on Monday paid tribute to the Central Reserve Police Force (CRPF) personnel who lost their lives in the terrorist attack on their convoy in Pulwama in 2019, and said their bravery and supreme sacrifice make every Indian a strong man. And motivates you to work in stronger direction. prosperous country.
40 CRPF jawans made supreme sacrifice in an attack by Pakistan sponsored terrorists in South Kashmir district.
In retaliation, the Indian Air Force carried out an airstrike on 26 February 2019 targeting terrorist camps in Balakot, Pakistan.