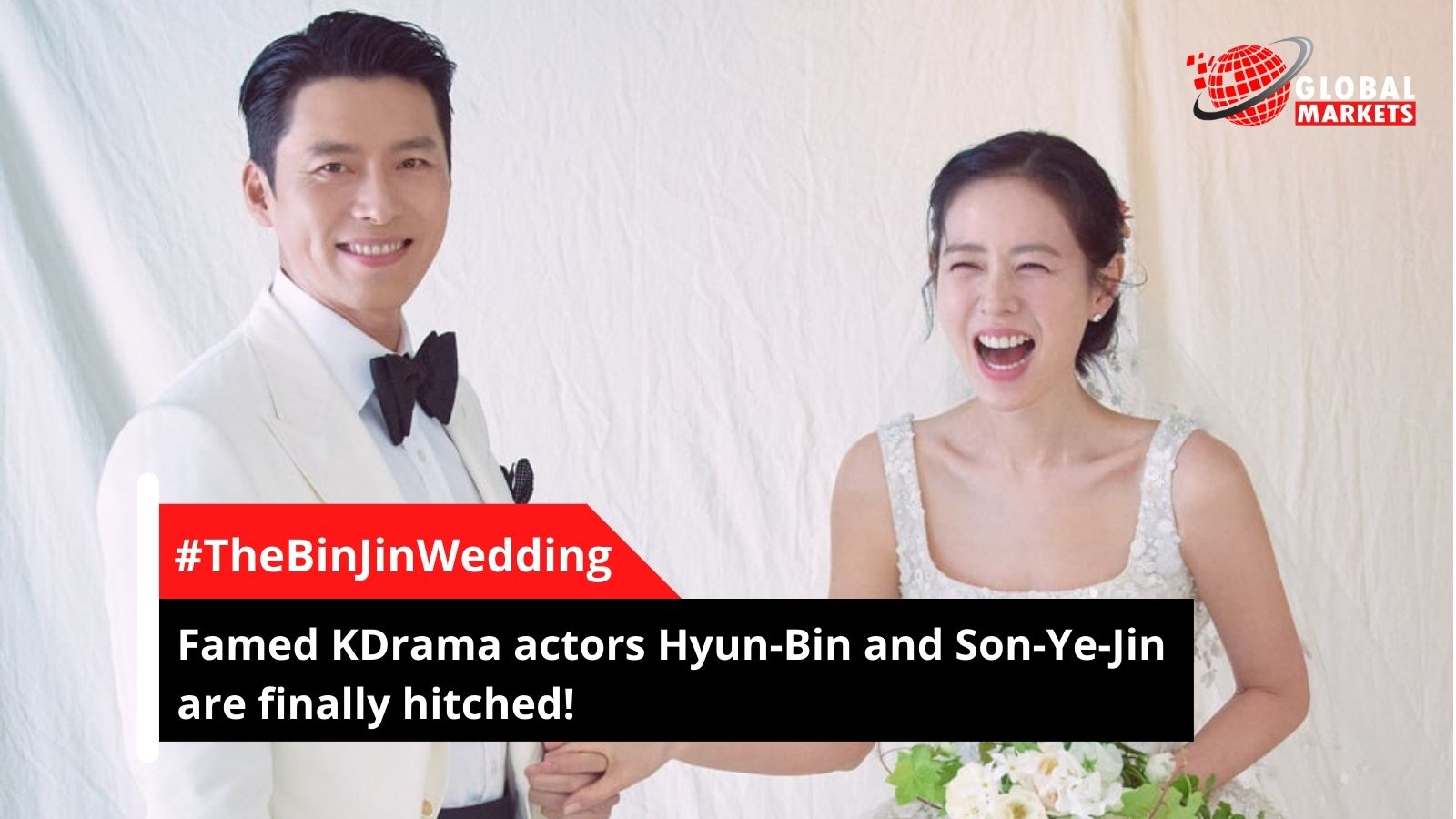 Woo hoo! K-drama fans it's time to rejoice! Korean actors Hyun Bin and Son Ye-Jin are finally hitched! And the couple is all set and excited to make their fresh start together as a married couple.

Hyun-bin and Son-Ye-jin co-starred in the 2018 film The Negotiation and their next gig together was in 2019, the latest being the drama Crash Landing on You, which proved to be a huge success, winning hearts around the world.

The couple confirmed their relationship in January 2021 and announced their marriage in February this year. The news came more than a year after the couple publicly revealed that they were going out together and are now engaged, after starring in the global hit Korean drama.

On Thursday, March 31, the reel-turned-real-life couple of “Crash Landing On You”  is tying the knot in a private wedding ceremony at the Aston House in the Grand Walkerhill Seoul Hotel. Actors’ agencies VAST Entertainment and MSTeam released adorable official wedding pictures of the dazzling couple, who are all dressed up and ready for the wedding. "Actors Son Ye Jin and Hyun Bin are holding their wedding ceremony today, taking their first steps as a married couple. The ceremony will be private taking into account the COVID-19 situation, so we appreciate your generous understanding. We are instead sharing the news with their wedding pictures.""We express our deepest gratitude for the many blessings and warm support sent to her for her new beginning.”

Actors Hyun Bin and Son Ye Jin will continue to do their best to give back the love they have received with their agencies. According to the invitation, the ceremony will officially begin at 4 p.m., followed by a reception soon after. Around 300 guests are expected to attend the wedding which includes family and acquaintances of the couple. Notable guests include actors Gong Hyo-jin, Lee Min-jung, Uhm Ji-won, Oh Yun-ah, Jang Hee-in, Ah Sung-Ki, Park Jong-hoon and Ha Ji-won. South Korean singer Gummy Shadi will sing Crash Landing on You OST Give You My Heart, originally sung by IU.

We wish the couple all the happiness possible under the sun.