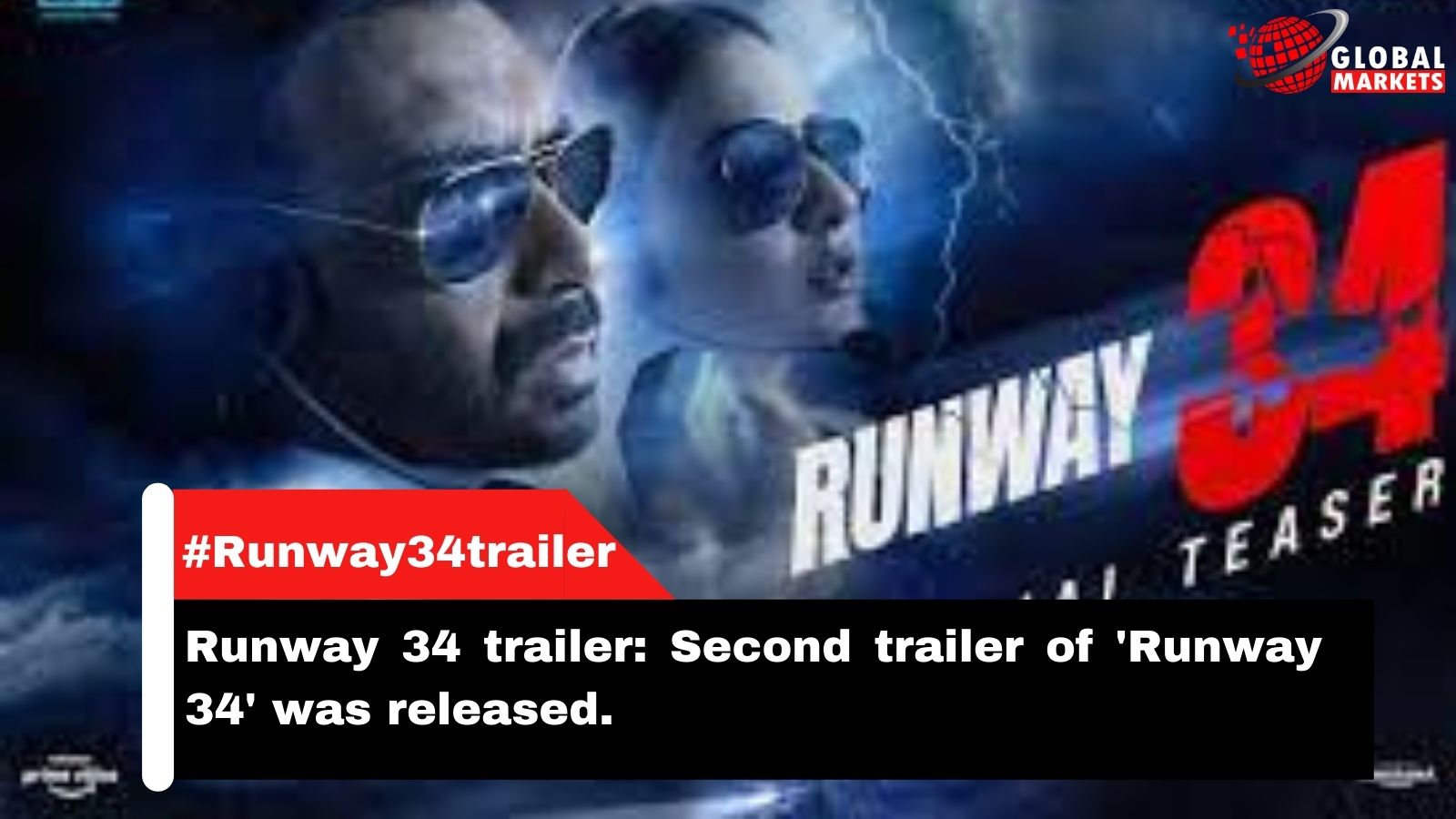 The Runway 34 Trailer is based on a true incident, Captain Vikram endangers the lives of the passengers and the entire crew of the flight.

The Runway 34 Trailer of Ajay Devgan's much-awaited film 'Runway 34' has been released. In this trailer, pilot Vikrant Khanna alias Ajay Devgan is shown fighting a dilemma. The second trailer of the film has been released today (April 11) in Delhi. In the trailer that has come out, Ajay Devgan as the pilot is shown saving the lives of the people sitting in his flight by fighting against adversity. The film stars Amitabh Bachchan and Rakulpreet Singh in the lead roles along with Ajay Devgan.

Will Vikrant be praised for his successor will he be punished for endangering people's lives? It will be known only after watching the movie but the trailer makes us fully realize the drama that takes place in the movie and also arouses curiosity in the hearts of the viewers to watch the movie. The first trailer of the movie thrilled people with its dangerous scenes. While the first trailer showed the audience a glimpse of the conversation between Amitabh Bachchan and Ajay Devgan, the second trailer shows the feelings of Ajay Devgan and Rakulpreet Singh. At the same time, it also brings the audience face to face with the fear of the people sitting on the flight.

The Runway 34 Trailer film is based on a true incident, Ajay Devgan is ready to take the movie lovers on an exciting journey by risking the lives of the passengers and the entire crew of the flight. After this incident, he has to face an investigation, during which he has to protect his honor. Talking about the second trailer of the film, Ajay Devgan said, "Hello everyone. I have once again brought before you a glimpse of my film. 'Runway 34' is the third film I have directed and this is my heart. Is very close. I thank you for your tremendous response to the first trailer. The second trailer is being launched here today, as it says a lot about Captain Vikram Khanna. Playing the kind of character that is going to break a rule. At the same time, I am right from the heart and I also value relationships. I hope you will give a lot of love and appreciation to the trailer of the film Runway 34. " The film will be released on the 29th of this month around Eid.