For the first time ever, New Zealand become No.1 in Test cricket 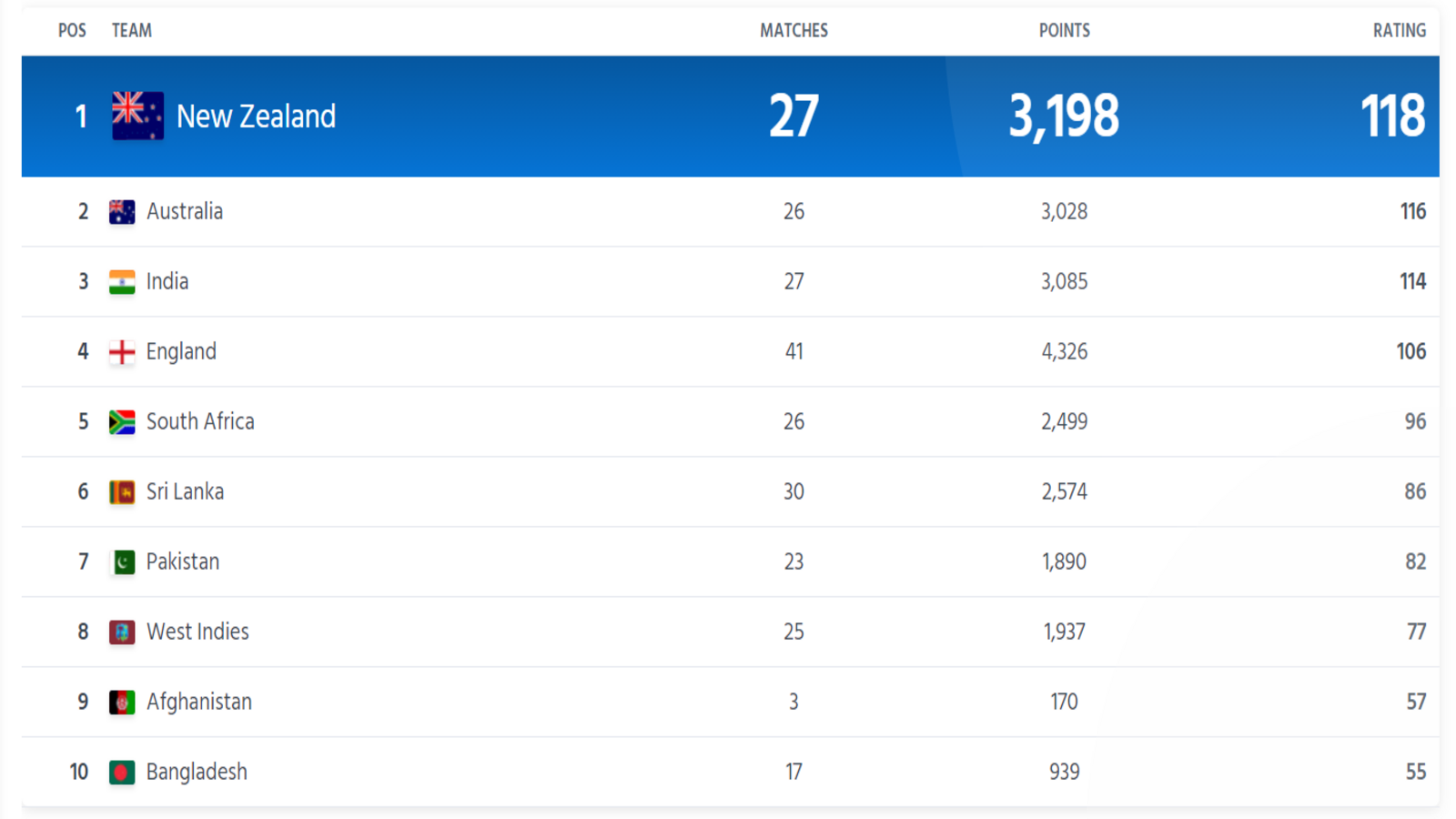 After decimating Pakistan by an innings and 176 runs in the second test in Christchurch on Wednesday, New Zealand snatched the number one spot in the ICC Test rankings for the first time in history.

The comfortable series-clinching win, formed by the double century of Captain Kane Williamson, moved the Kiwis to the top of the heap as they became the sixth nation to be ranked number one in Test cricket in the past 10 years.

The recent victory also held them in a position to qualify for the ICC World Test Championship finals. When Day Four of the Test began, Pakistan had their back against the wall. They were on 8 for 1 at the beginning, only trailing the first innings total of New Zealand by 354 runs. And the catastrophic display of tourists in New Zealand also persisted on Wednesday as they were all out for a paltry total of 186.

ICC tweetwd “A huge victory in the second Test has propelled New Zealand to the No.1 spot in the @MRFWorldwide ICC Test Team Rankings,”

Overall, they're the seventh side to hold the number one spot in the world. In the last couple of years, New Zealand came close to hitting the summit but remained second on the table.

They now have 118 points, two more than Australia and four more than India, which is in third position. The top five are completed by England (106) and South Africa (96).

His top position in the batting list was consolidated by Williamson. In his last six innings, India's Captain Virat Kohli and Australian star Steve Smith had recently leapfrogged with three centuries, including two double centuries.

In the ICC World Test Championship standings, the Black Caps are much closer to the top two spots. With 70 (PCT) percentage points, they are still third, but they are narrowing the gap with Australia (76.7) and India (72.2).
Tags: Sports Business Educational International Political Technical Entertainment LifeStyle Other